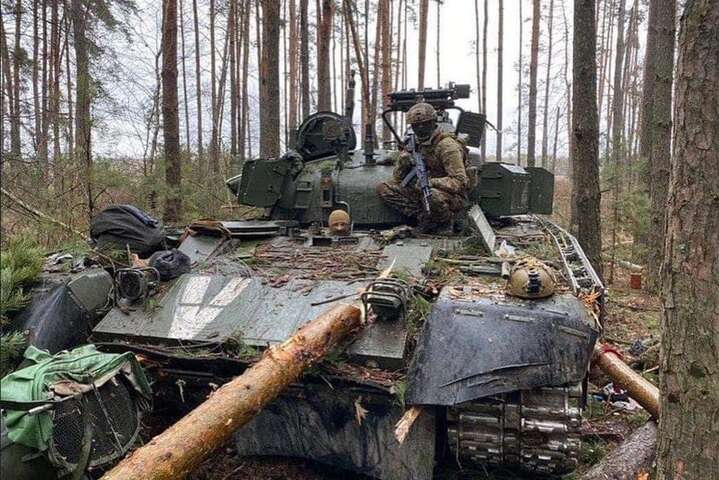 By Eugene Simonov and translated by Jennifer Castner

In addition to the direct negative impacts of the war on Ukraine’s natural environment, the “military operation” also has consequences for environmental protections in Russia. A new legal initiative could lead to unlimited logging in forests.

The organization Moscow Region Ecological Defense has called upon citizens to participate in public discussion of a proposed statutory instrument “On Amendments to Appendix 10 to the Government of the Russian Federation’s Decree “On the Peculiarities of Licensing Activities in the Russian Federation in 2022””. Community leaders worry that if the document is approved, the Russian Ministry of Defense will be empowered to take control of any forested lands, not only those designated as “military”. Meanwhile, Ecological Defense has regularly observed dumps, landfills, industrial sites, and housing replacing “military forests” in Moscow Oblast, with the timber sold off to destinations unknown.

According to the Ministry’s proposal, submitted in May for public input, “it is permissible to carry out selective and clearcut harvests of forest stands of any age … for the needs of defense, without provision (delimitation) of forest plots, without the establishment of an easement or the issuance of permits … on forest fund lands and defense and security lands with the right to use … wood, obtained as a result of logging activity…. Transportation of the selected wood for defense needs takes place without issuance of electronic support documentation.” Moreover, the agency does not plan to provide advance notice of the type and location of logging activity. The draft proposes to allow the agency to inform local government after logging has already occurred, and not immediately, but within a 30-day period. According to The Moscow Times, currently, Russian Federation government entities and relevant local governments coordinate applications for forest exploitation. The review period is 10-15 days.

Ukrainian intelligence was the first to report on this initiative on March 15th, mistakenly attributing the intention to clear cut forest on Ukrainian territory to Minister Shoigu. Russian and Ukrainian environmentalists apparently believed an “intercepted” letter from Shoigu to Putin to be falsified. The letter’s justification began with the words “In order to create fortifications for military units participating in a special military operation….”

Taking this proposal at face value, the establishment of wooden defenses could take place in the Russian Federation as early as 2022. The army already builds unlimited wooden trench covers and log roads during military exercises, but why then do they need additional permission for unlimited logging? It is unlikely that the Ministry of Defense will return to its “patriotic roots” and resume building age-old abatis works. At the time, such defensive forests were protected areas, with no intention of transporting the timber elsewhere, let alone without documentation. Greenpeace noted that the proposal published for public input, unlike other legislation drafts submitted for consultations,  is not accompanied by any explanatory note and therefore one can only guess about real intentions of its initiators.

Recall that in 2021, the cost of timber products in Russia doubled or even quadrupled, while this initiative dates to the second week of the special military operation, when sales of Russian forest resources had not yet become the subject of international sanctions. That appears to be the key to this puzzle.

The Russian experts we interviewed concluded that we are likely dealing with an attempt by military officials to obtain indulgences for logging in any location and timber’s unlimited sale for profit. All of this is planned to be done under the pretext of providing troops in wartime.

The draft resolution could also be the result of an “international exchange of experience”: the military junta in Myanmar was previously actively engaged in illegal logging, and this same junta is known for its close cooperation with the Russian military.

The greatest danger is that logging could be permitted in protected areas across Russia, lands where there is no current provision for logging for defense needs. Logging without any significant restrictions could occur in the high conservation value areas (such as forests in protected areas or water conservation zones, etc.) or in the most socially important forests (for example, urban forests).

In southern Russia’s sparsely forested areas adjacent to the theater of war, this could quickly result in significant destruction of ecosystems and violations of citizens’ environmental rights. And this is just half the problem.

Experts believe that the primary harm from this declaration is not so much related to the “military” logging itself, but with the dangerous precedent being set – the elimination of any rules or limitations to the interests of any and all powerful lobbyists. As the social and economic crisis grows in Russia, this same logic can be applied, for example, to “logging to support businesses in distress”, “logging for the benefit of local government”, etc. Any number of justifications come to mind.Such turns of events are quite likely in light of the numerous ways in which environmental legislation has been systematically weakened since the start of the war in Ukraine.