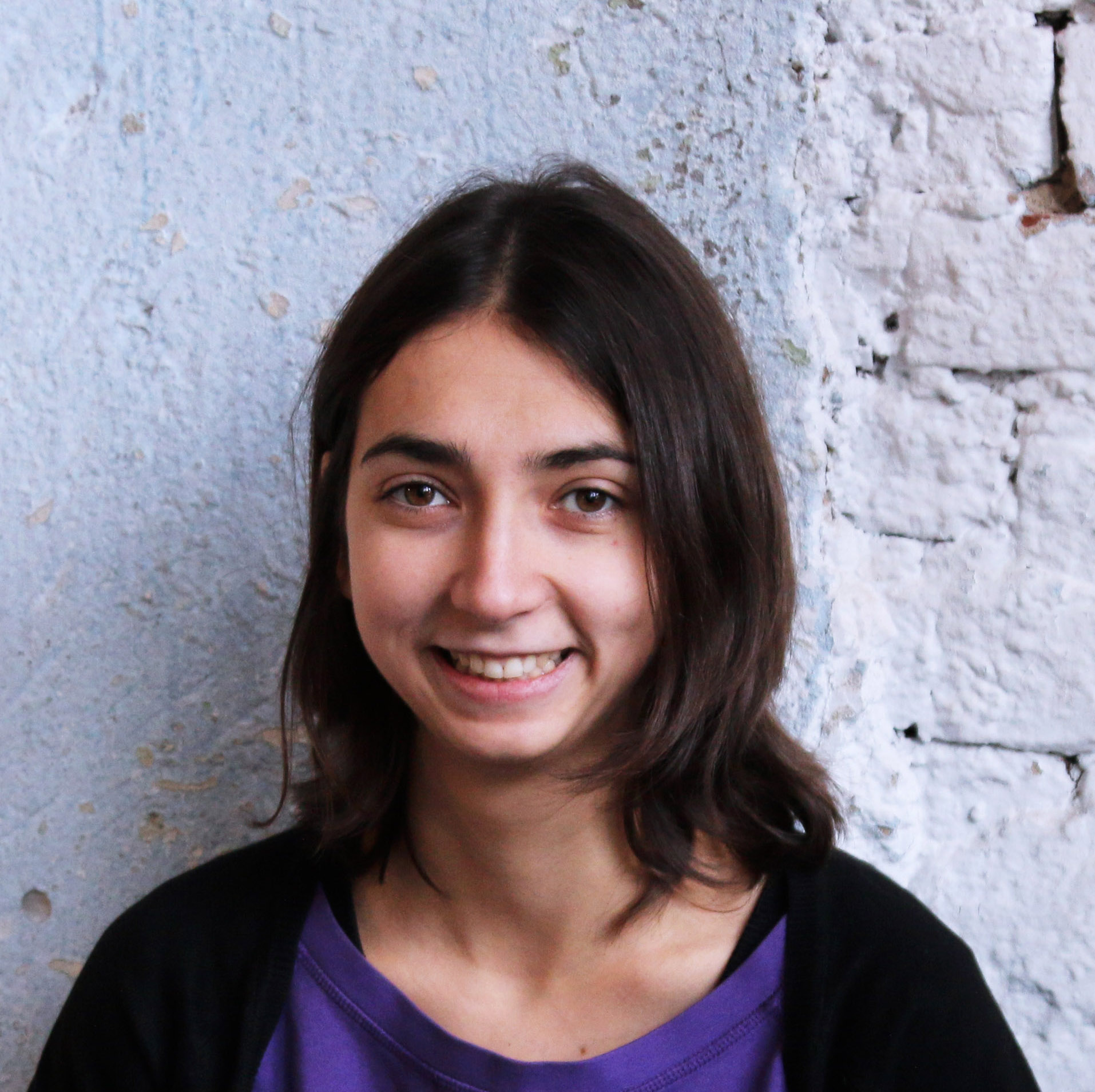 Over the past two years, the Belarusian government has liquidated almost all active environmental organizations. Many environmental activists have been arrested and convicted of administrative violations or criminal activity. Many of them were forced to leave the country. These processes manifest the confrontation between the authoritarian regime and civil society and immediately preceded Russia’s invasion of Ukraine.

Hello, Marina! Tell us a little bit about Ecodom and the type of work it did in Belarus.

Ecodom is one of the oldest environmental organizations in Belarus. It was originally created by a group of enthusiasts in 1996, and last year we celebrated our 25th anniversary. We managed to celebrate that day as a registered community organization just before being eliminated by a decision of Belarus’ Supreme Court on 31 August 2021.

The organization has several avenues of work. The first is an anti-nuclear campaign, which includes past and present public education regarding the construction and operation of Ostrovets Nuclear Power Plant. We are critical of all nuclear power and promote the benefits of renewable energy.

Our third focus is protecting the environmental rights of Belarus’ citizens. In particular, we monitor the persecution of environmental activists and implementation of the Aarhus Convention.

Other programs include promoting organic agricultural practices and an innovative program seeking to combine modern art with environmental activism; we organize collaborative projects with artists.

Despite the liquidation of our organization in Belarus, we continue our endeavors. The Green Hotline and other campaigns are ongoing and we work to protect environmental rights and advance the green agenda.

Over the last two years, almost all active environmental organizations in Belarus have been liquidated. Many activists and experts have been subject to administrative arrest and some have even faced criminal charges. You yourself have been arrested and sentenced to 14 days in detention and were forced to leave the country. Your home was searched and there was a direct threat of criminal prosecution. Can you tell us what happened in 2021?

Environmental activists were persecuted until 2020, including, for example, Belarusian Anti-Nuclear Campaign activists, as well as the persecution of environmental activists in Brest who opposed construction of a battery manufacturing plant. Civil society protests in Brest were so resounding and significant that Lukashenka visited before the presidential elections and announced the need for a “referendum.” Of course, no open discussion actually happened, and repression of activists continued.

When civil protests began in Belarus in the fall of 2020, many environmental activists participated and consequently were subjected to repression both personally and at their organizations.

While in 2020 we saw certain forms of pressure – searches, inspections, arrests in the framework of administrative and criminal cases – in 2021, a mass purge of the civil sector began in Belarus and did not spare environmental organizations. They liquidated both large organizations, such as Ecodom, Center for Environmental Solutions, Ahova Ptushak Batskaushchyny, and small regional ones, engaged, for example, in wildlife protection or children’s environmental education. The purge affected everyone, regardless of their focus or loyalty to state bodies.

2021 began with a mass audit of non-governmental organizations by Belarus registration and financial oversight agencies. At first, we assumed that liquidation, re-registration, or fines would be the end result, but on 14-16 July mass searches took place throughout the country. More than 60 searches were carried out for alleged criminal cases in the homes of organizational representatives and of the premises of the organizations themselves. This included searches at my home and at the home of Irina Sukhiy, one of our founders and a member of Ecodom’s council.

Today, we face a situation in which work on many environmental and social avenues is not possible in Belarus. This is due to the fact that the government introduced criminal liability for activities on behalf of unregistered organizations. People fear persecution for almost any activity in the country.

While earlier environmental issues and related civic activity were considered safe in Belarus, today, we see that even people who, for example, want to protect trees from being chopped down, can be detained for 24 hours.

What is the situation in the environmental sector today?

On the one hand, environmental organizations have not disappeared; people are still there and are looking for other means to work. On the other hand, all this has had a very significant impact not only on organizations, but also on the whole movement. We lack objective data on what is happening with environmental issues on the ground and in the regions.

It’s also important to understand that since the 2020 protests many environmental organizations decided not to interact with government agencies. So, many issues, especially environmental issues related to biodiversity conservation, protection of protected areas (PAs), and projects requiring participation of state bodies have been put on hold.

If acting on behalf of unregistered organizations can lead to criminal liability and activists fearing reprisals, then what does Ecodom do and what can it do to preserve the environmental agenda in Belarus and help citizens solve related issues?

Today, any citizen – not only activists – can face punitive measures, and many organizations have ceased their activities. But we believe that solving environmental problems certainly cannot wait for better times. Environmental issues should be monitored and remain on the media’s agenda, discussed politically and internationally. It’s also important that activists and citizens who need information can access it and know where to turn for support, advice, and expert opinion. Of course, we can’t cover all the issues that liquidated organizations addressed, but we try to continue our activities as much as possible.

So, in addition to supporting environmental activists, we educate about environmental rights and interests so that people can defend their right to a healthy environment, understand what protection mechanisms they have, where and how they can participate, and receive information.

We monitor cases of harassment and pressure on environmental organizations and activists. We try to tell these people’s stories so that they are known and supported.

After Ecodom’s liquidation, the Meeting of the Parties to the Aarhus Convention* adopted a decision calling for the organization’s registration to be reinstated. In response, Belarus formally withdrew from the convention. Can you share more about this case?

Belarus signed the Aarhus Convention in 1999. For many years, Ecodom has been involved in the treaty’s implementation, educating both residents and state institutions about its provisions and implementation mechanisms. We also tracked how the convention’s provisions are implemented in both legislation and practice.

We participated in discussion of various regulatory legal acts relating to citizen environmental rights and monitored Belarus’ fulfillment of its obligations under the convention. We submitted three case reports describing how the convention’s provisions were violated by failure to observe environmental rights and persecution of environmental activists to the Aarhus Convention Compliance Committee. These cases arose from construction of the Ostrovets Nuclear Power Plant, persecution of anti-nuclear activists, and construction of a battery manufacturing plant near Brest.

The persecution of anti-nuclear activists in Belarus was the first case in the history of the Aarhus Convention wherein it was proved that the state oppresses people in response to environmental advocacy. The Committee required Belarus to end the repressions and take measures to prevent them in the future. As we can see, the situation has only gotten worse.

A meeting of the Parties to the Aarhus Convention at which countries make decisions that comply with their obligations under the Convention takes place every four years. On the eve of such a meeting in August 2021, Ecodom was liquidated, a fact which, of course, did not go unnoticed by convention bodies.

We provided complete information to the Aarhus Convention Compliance Committee regarding persecution of environmental activists in Belarus, including detainments and searches, as well as information about Ecodom’s liquidation. The committee considered the extent to which the decision made by the Ministry of Justice was reasonable and proportionate to the demands made of us, timeframes given, and the basis of the conflict.

The committee concluded that the goal of the state’s inspection was not to identify violations, but rather to persecute the organization for its activities. This is unacceptable from the perspective of the Aarhus Convention.

The Committee prepared a decision finding that Ecodom’s liquidation was improper and that decision was then adopted at a Meeting of the Parties in October 2021. Usually, decisions are made by consensus during the discussion, a process in which delegations of signatory countries participate. However, official representatives of Belarus categorically opposed the demand for Ecodom’s restoration, so no compromise could be reached, and the issue was put to a vote.

34 of 39 countries supported this decision and called on Belarus to cancel its liquidation of Ecodom. Kazakhstan, Kyrgyzstan, Armenia, and Belarus voted against the decision, and Moldova abstained.

The decision not only recognizes Ecodom’s liquidation as a violation of the convention, but also provides for the suspension of Belarus’ rights and privileges under the convention if the country does not take steps to restore Ecodom’s registration before 1 December 2021.

Official representatives from Belarus voted against the decision, saying that it is a form of pressure on the government.

Belarus not only did not restore Ecodom’s registration, but also demanded the decision be changed, a demand which was, of course, not accepted. Afterward, the special rights and privileges afforded by the Aarhus Convention to the country were suspended effective 1 February 2022. In response, Alexander Lukashenka signed a decree for Belarus’ withdrawal from the Aarhus Convention on 18 July 2022. The withdrawal decision will come into effect on 24 October 2022.

What does withdrawal from the Aarhus Convention mean for Belarus?

This will certainly affect Belarus’ international and political image. Withdrawal from a generally recognized international agreement is the path to even greater isolation. However, it is clear that international image is no longer a top priority for the regime. Recently, Belarus’ government began debate a possible denunciation of the Optional Protocol to the International Covenant on Civil and Political Rights. Doing so would deprive Belarusians of the only accessible international body for the protection of human rights.

For Belarus’ citizens, withdrawal from the Aarhus Convention represents a lost ability to use that international mechanism to protect their environmental rights. Previously, Belarus and its civil society was able to use the Compliance Committee’s findings and recommendations to change Belarusian practices and legislation in the spirit of Aarhus as well as to understand systemic issues and to prevent future violations.

Despite the difficult situation and ongoing repressions within Belarus, Ecodom will track further developments, monitor persecution of environmental activists, and help citizens protect their environmental rights.

*The Aarhus Convention on public access to environmental information, public participation in decision-making, and access to justice in environmental matters was approved in 1998 and entered into force in 2001.
Continue reading