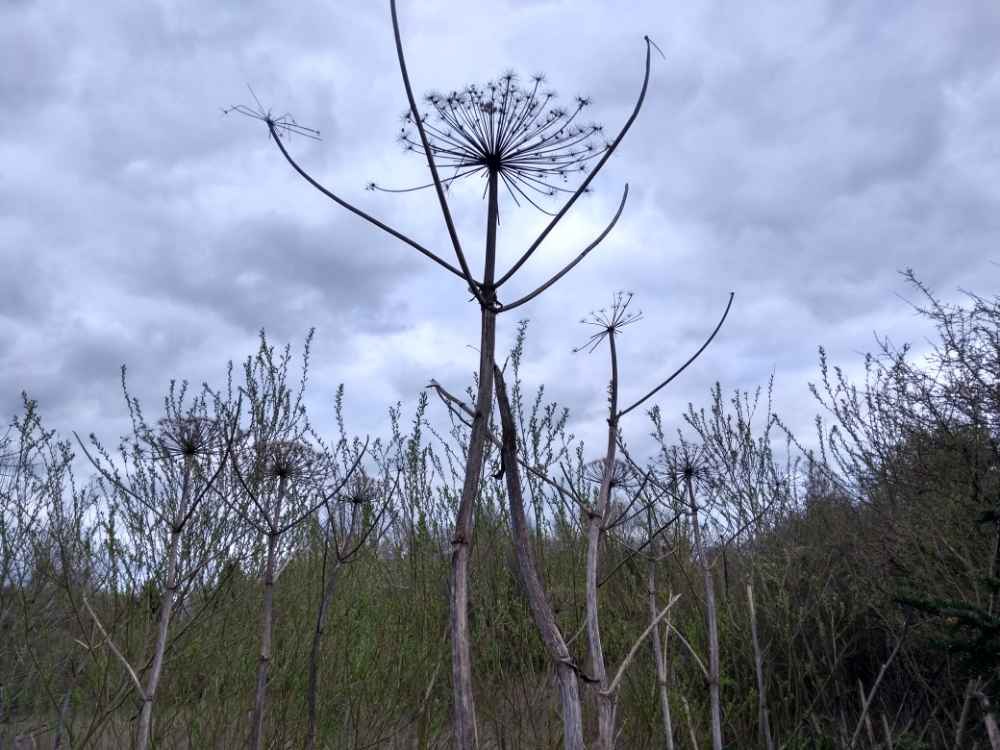 Russia’s invasion of Ukraine is dangerous not only for its obvious environmental consequences, but also for hidden ones as well. Specifically, the war is accompanied by invading alien species that enter the country on military equipment and threaten local biodiversity.

The full-scale Russian invasion not only dealt a catastrophic blow to the Ukrainian economy, but also caused significant environmental damage. Significant funding is needed to address that damage, as well as decades-long work to restore and maintain ecological balance in natural and urbanized ecosystems.

Attacks on and seizure of the Chornobil and Zaporizhiya nuclear power plants, use of phosphorus munitions, shelling of oil depots and gas pipelines, cities and villages, fields, forests, and water bodies in many Ukrainian regions pose an environmental threat not only to Ukraine’s landscapes, but also to other European countries. Intense hostilities result in the direct destruction of the natural environment: destruction of forests, steppes, and meadows, erosion of river banks, etc.

The country’s south is home to unique steppe vegetation; we owe its existence to Ukraine’s fertile soils (chernozem). Today, most of these territories are in the war zone. The rivers Dnipro and Siverskyi Donets and dozens of other smaller ones became battle lines. As a result, the water bodies’ inhabitants have suffered, and the fragile balance of water and related meadow and forest ecosystems is being destroyed. Military actions damage the environment, destroying rare species and hundreds of hectares of natural biotopes.

However, another threat is the introduction and spread of “outsiders” on such lands, arriving on Ukrainian soil on the boots and tank treads of the Russian army. Thus, one of the war’s delayed consequences could be an outbreak of these alien species – dangerous invasive flora and fauna, the spread of which must be controlled.

Unfortunately, as already evidenced by the consequences that followed large-scale hostilities during WWI and WWII, along with the direct physical destruction of ecosystems, significant transformations are also occurring through the influence of invasive species. Today, invasive species are one of the main factors in biodiversity loss, and developing methods and approaches for their management are key priorities for preserving the planet’s biodiversity.

The study of wars shows that some types of adventitious (Lat., adventicius, alien, random) plants, also known as “siege flora,” accompany armies and their introduction and further distribution are directly related to troop and equipment movements and the location of various military infrastructure.

Among such invasives, various taxa of adventitious plants introduced from areas adjacent to Ukraine pose the greatest threat as they are especially likely to hybridize. The geography of the areas from which Russian military units are deployed into Ukraine is quite extensive: Bashkiria, Tatarstan, Caucasus, and the Far East. An uncontrolled mass of seeds arriving together with equipment and soldiers is destructive for European ecosystems of Ukraine.

Among the most aggressive invasive species to appear in recent years in Ukraine are Sosnowsky’s hogweed (Heracleum sosnowskyi) and Giant hogweed (H. mantegazzianum) from the Caucasus, now found in occupied Polissya and the Carpathian Mountains. Sakhalin hogweed (Rynoutria sachalinensis) and Japanese knotweed (R. japonica) have taken hold in central Ukraine and Transcarpathia.

Both world wars contributed to the rapid spread of North America’s Devil’s Beggartick (Bidens frondosa) across Europe from Germany (its first “flight” into nature was recorded in Potsdam in 1896). Over the past 50 years, this species’ range in Ukraine has not only expanded, but also almost completely replaced two related local species – three-lobed beggartick (B. tripartita) and drooping beggartick (B. cernua) – forming many hybrids..

The influence of aquatic invasive species accidentally introduced through vessel ballast water has already played and continues to play a significant negative role in reducing the number of commercial fish in the Black and Azov Seas. These invaders compete with commercial pelagic fish species (for example, comb jelly (Mnemiopsis leidyi)) and also destroy important marine biotopes (as does, for example, the Rapa whelk (Rapana venosa)).

There is another and perhaps the most dangerous group of invaders – microorganisms (fungi, algae). They are difficult to track due to their small size, but they cause no less harm. Most of them are causative agents of plant and animal diseases. Upon entering a new environment, they multiply on a massive scale, lacking natural enemies to slow their growth.

War-damaged areas become springboards for the distribution of invasive species

Vegetation is significantly damaged in the war zone, and tanks and powerful military equipment disturb the integrity and structure of the soil cover, leading to increased water and wind erosion. In a ravaged landscape, these alien plants serve as a band-aid for healing wounds. Taking root in craters and burned areas, they create conditions over time for the restoration of natural vegetation.

However, such sites are a springboard for dangerous invasive species, amassing their potential and later actively settling in adjacent areas and from there into neighboring states. As invasives spread, they transform the environment to their own advantage, changing key factors (humidity, lighting condition, soil chemistry, etc.). Biological invasions recognize no borders.

The first results of research by Ukrainian scientists in this area are already available. A new species of adventitious plant – Sporobolus cryptandrus (Torr.) A. Gray – appeared in 2014 on Trokhizbenskyy Steppe in Luhansk Nature Reserve. Its closest known locations to Ukraine are in sandy valleys along the Siverskyy Donets, Derkul, and Kalitva Rivers in Kamensky and Tarasovsky districts in Rostov Oblast. Most likely, the plants arrived in Luhansk on military equipment traveling from that area, a distance of no more than 150 km.

A number of international agreements recognize the value of natural ecosystems and seek to prevent the negative impact of hostilities on their existence. These include the Convention on the Prohibition of the Military or Any Other Hostile Use of Environmental Modification Techniques (ENMOD) in 1976, and Protocol I of amendments to the Geneva Conventions in 1977. However, Russia’s aggression in Ukraine demonstrates the ineffectiveness of these agreements.

In particular, according to Art. 35 of this Protocol, it is forbidden to use methods or means of warfare that are intended to cause widespread, long-term, and severe damage to the environment. At the same time, Article 55 of the same protocol, titled “Protection of the natural environment,” states that “In the conduct of hostilities, care shall be taken to protect the natural environment from widespread, long-term and severe damage.”

Solving the issue – monitoring and creating an accountability program

In EU countries, the annual damage caused by invasive species is estimated at approximately 12 billion Euros. The fight against invasive species has been recognized as a priority goal for the EU through 2030. However, given the duration, intensity, and scale of the war in Ukraine, an assessment of the actual effects of the war on biodiversity remains to be done.

One solution to the issue of the environmental impact of invasive species is developing a program for the post-war restoration of Ukraine’s ecosystems, a program that pools financial, institutional, and intellectual resources at the state and global level. During the first phase, a list of “new” and “old” invasive species settling in war-damaged areas must be developed, followed by a system for assessing the ways and means of their introduction and their impact on local biota. This facilitates an assessment of the extent of the damage to nature, economy, and human health, while calculating the time and cost of their restoration. The results of such monitoring must be further integrated into the State Monitoring Program and later into the European program.