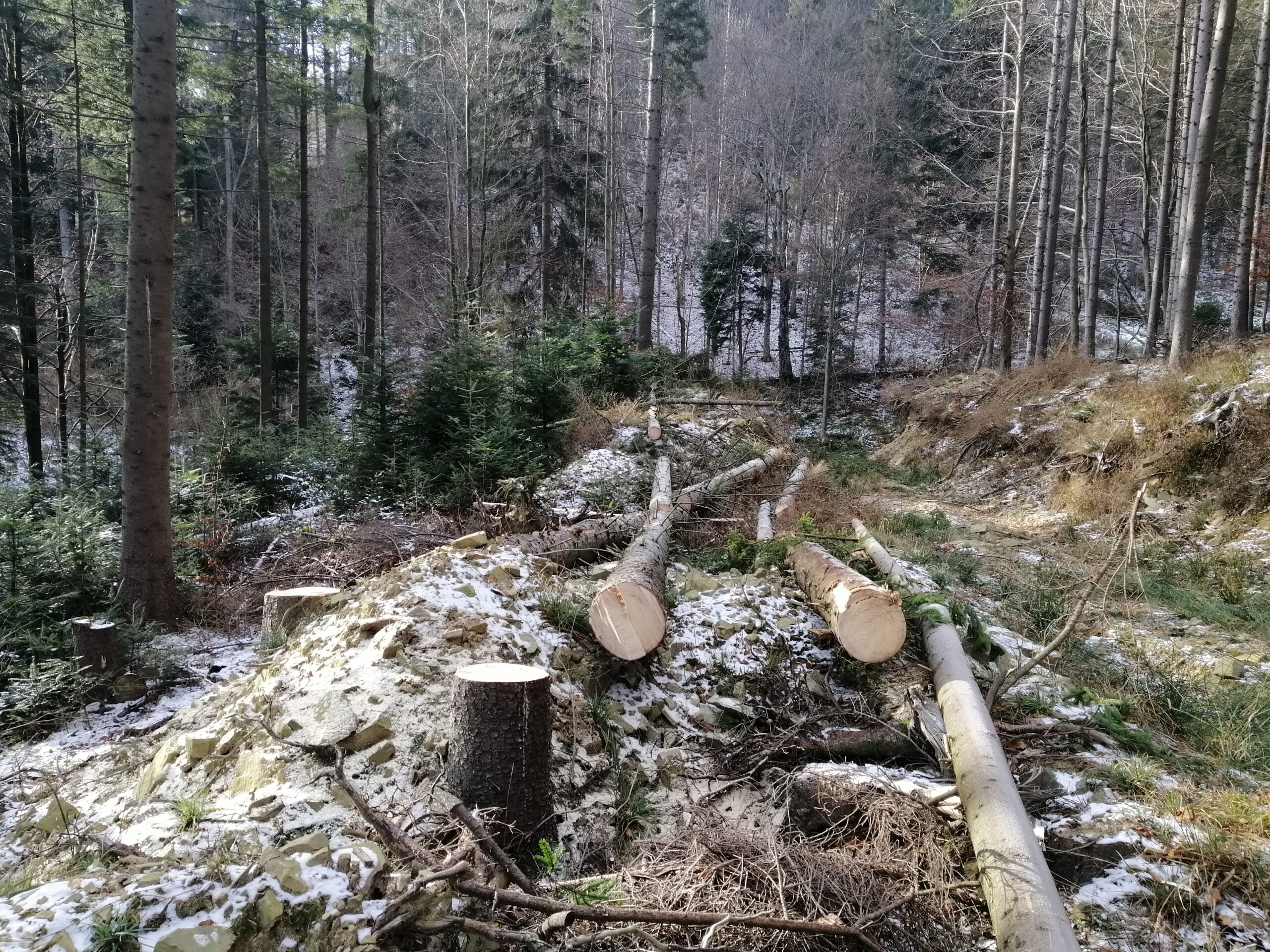 During the war, many processes in Ukraine have remained invisible to the public. One of these areas is forest policy. Today, unsustainable forest management is taking place across the country. In general, the number of forests is decreasing, logging volumes are increasing, and the procedures for managing logging are weakening significantly. None of this has anything to do with the direct impact of hostilities, but it is a significant problem for the country and needs to be addressed during wartime.

Like most countries around the world, Ukraine had its fair share of forestry challenges even prior to Russia’s full-scale invasion in 2022. There were two main threats.

The first is forest degradation due to unsustainable forest management. Every year, Ukraine loses natural forests, which are then replaced by artificial plantings vulnerable to climate change and poor in terms of biodiversity. The reason for this is outdated approaches to forest management based on the Soviet practice of “mastering nature.” The problem is further exacerbated by illegal logging by the forest managers themselves.

The second threat is deforestation. There are no precise estimates of the annual irreplaceable loss of forests, but such losses occur continuously. Forests are illegally privatized for development. Roads, gas pipelines, and power lines are laid through forests. Naturally afforested agricultural lands are uprooted to clear land for agriculture. A unique reason is found each time, but every year the number of forests in Ukraine grows smaller.

Have these threats disappeared since the onset of Russia’s full-scale invasion? No, in fact we have seen the opposite. Take, for example, forest degradation.

The Ukrainian authorities have long been planning to increase logging volumes in Ukraine. With the beginning of the invasion, these plans began to be realized. In spring 2022, Minister of Environmental Protection of Ukraine Ruslan Strilets, and Chairman of the State Forest Agency Yuriy Bolohovets plainly announced their intentions to permit more logging, up to 150 percent of last year’s volumes.

These plans are easily explainable. Firstly, the Ukrainian wartime economy is going through a difficult time, hence the question of increasing logging. Secondly, Russian troops are deliberately destroying the Ukrainian energy system with rocket strikes. As a result, people have begun independently stockpiling firewood for the winter. The government has also tried to help and promised to supply everyone with firewood. Thirdly, the armed forces require timber for military use.

The problem is how exactly these plans will be realized. Unfortunately, officials have already directly declared that it is not artificial plantings of pine or spruce that are axed first, nor invasive forest species, either of which would be better in conservation terms. The increase in felling will first target the remains of the most valuable old natural forests in Ukraine.

Increased logging volumes are already being observed in many regions of Ukraine – in some places the rate is 15 percent more than in 2021, and in others almost twice as much. There have already been cases where, under the guise of “providing firewood for residents,” foresters tried to log not only healthy forests, but also forests with protected status. The winter season is coming, so, for Ukrainian forests, these problems are just the beginning.

In addition, during the short period of this war to date, Ukraine’s Verkhovna Rada parliament and key officials have done much to make logging easier from a legal standpoint. For example, elected deputies have changed the law to end seasonal bans on logging in protected and other forests between April 1 to June 15, when many species reproduce. This despite the fact that a conservation regulation was introduced quite recently to fulfill the requirements of the Bern Convention on the Conservation of European Wildlife and Natural Habitats and was presented as an important achievement on the path of Ukraine’s integration with European law.

Access to forest maps and many previously public documents was ended by a decision of Ukraine’s Cabinet of Ministers. For example, it is now generally impossible to discover where logging is planned in national parks, biosphere reserves, and in many of the country’s forests.

Ukraine’s State Ecological Inspectorate, the country’s main regulatory body, has not had the right to inspect forestry activity at all or is very limited in its ability to conduct inspections since the start of the invasion. As a result, illegal logging may become significantly worse, especially if we add in the unreasonable ban on citizens visiting forests, a restriction now in effect in many regions of Ukraine and which prevents community activists from directly tracking illegal logging.

Many legal problems may arise in the future. For example, draft law №8058 is currently being considered by the Verkhovna Rada. If adopted, it will allow the Cabinet of Ministers to change any procedure related to logging without public input. In practice, this means that the Cabinet of Ministers will be able to remove many “environmental” restrictions on logging behind the scenes, freeing the hands of foresters.

Conservationists have managed to prevent some potentially negative legal amendments. For example, in the spring, the Ministry of Natural Resources planned to remove most of the restrictions on salvage logging. But active opposition by environmental NGOs allowed the current restrictions to be preserved.

The problem is not only that the issue of forestry management is getting worse.

Many of the positive processes that were occurring prior to the full-scale invasion are on hold or moving very slowly, such as the creation of new national parks or the expansion of existing protected areas. This painstaking and time-consuming process, which requires the involvement of many parties, has come almost to a halt since February 2022. Many forests that could have become national nature parks and reserves as early as 2022 are still under the threat of imprudent logging.

The issues described above are only a portion of the unseen problems stemming from the war for Ukrainian forests. Unlike forest minefields or large-scale fires, these problems rarely attract media attention, though their impact on forests may ultimately be even more significant.

Is it possible to avoid negative impacts on forests because of increased demand for timber? At least in part, yes. Increased logging could be carried out on forest plantations and selective logging of invasive forest species, rather than harvesting the remnants of natural forests. Naturally afforested agricultural lands can also be saved. But all of these moves require political will, as well as attracting the attention of society and the media. So far, those have been lacking.