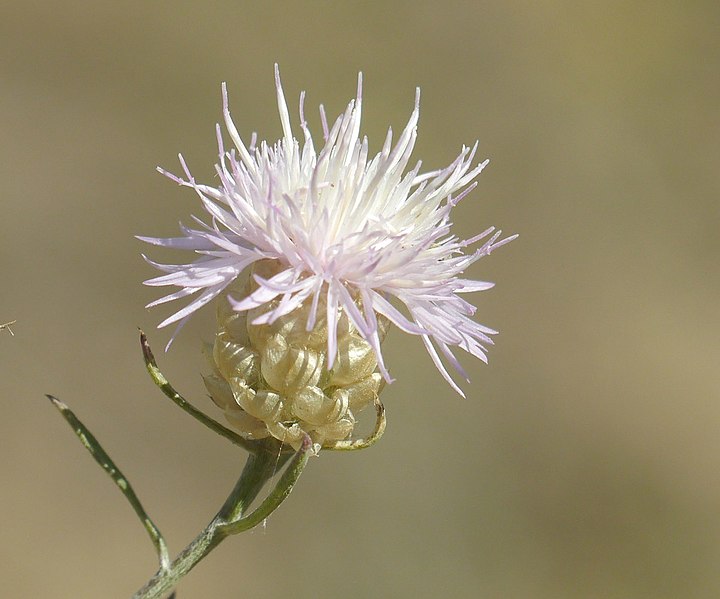 Biologists have compiled a list of 20 plant species at risk of extinction due to Russia’s invasion of Ukraine. All of these species are extremely rare and currently grow only in areas affected by the fighting.

The extinction of rare species is not limited to Madagascar, Australia, or the islands of Indonesia. Plants, animals, and fungi are disappearing in all regions of the planet. Extremely rare species are also under threat in Ukraine, especially during the war.

The diversity of Ukraine’s natural landscapes creates conditions for rare and endemic species: species that are distributed over very limited areas. Sometimes these can be found only in one place and nowhere else on the planet. It is their presence that makes Ukraine’s nature unique, different from all other world regions. If we lose endemic species in their natural habitats, we lose them forever.

Experts of Ukrainian Nature Conservation Group have compiled a list of rare plant species whose conservation has been threatened by Russia’s war in Ukraine.

In plain English these are rare and endemic species of  feather-grass, thime, thistle, geranium, figwort, rattle, aster and cock’s-head(milkvetch) – tangible manifestation of that very “biodiversity”, which is so much talked about by politicians and media, without understanding how it looks like.

These are all inconspicuous species, not often mentioned in writing, and their destiny is of interest only to biologists and conservationists. At the same time, they are all listed in the Red Book of Ukraine and each of them is protected by law. Extinction of any species of living organisms is a great loss for nature. But when poorly studied species disappear, such as almost all the species listed here, it is also a great loss for science.

Why do we believe that the preservation of rare species in Ukraine is threatened by Russia’s military invasion?

Military action causes a number of effects that are detrimental to vegetation, fungi, and lichens. Here are a few examples:

An analysis of Russian military exercises on Crimea Ukraine’s Kerch Peninsula illustrates the long-term impacts of chemical pollution from explosions. These pollutants have impacts comparable to concentrated acid rain.

As a result, military action directly destroys vegetation and indirectly destroys natural ecosystems. For rare and endemic species, each of which requires unique and specific growing conditions, such changes can prove fatal. Destruction of those exact habitats where each of the listed species occurs can mean its extinction in that area.

It is also noteworthy that these at-risk species are almost exclusively residents of steppe landscapes which, due to large-scale plowing, have been deprived of almost all areas where they can still grow (no more than 3% of the original steppe ecosystems remain in Ukraine). We can only hope the conflict will not affect these unique habitats.

False white cornflower (Centaurea pseudoleucolepis) and naked yarrow (Achillea glaberrima) are found only in an incredibly small area of the Stone Graves Nature Reserve in Donetsk Region. Fortunately, for now that area has been spared by the war. For example, Figure 4 shows the distribution of short-headed cornflower in Kinburn and in the Lower Dnieper Sands and the areas that burned in fires in April 2022 alone.

The list above only includes species listed in Ukraine’s Red Book. Reserve territories are created to protect them and their destruction is a punishable offense. There are, however, other rare biological species that are only found in this danger zone, and we plan to compile lists of them in the near future.

The list also excludes Crimean species, although Crimea is the largest centre of endemism in Ukraine; many rare species found in Crimea cannot be found anywhere else in the country. 44 plant species occur only on the peninsula and nowhere else in the world. For the moment, there is no fighting in Crimea, and we hope that a peaceful de-occupation of the peninsula will eventually happen.

Endemic species are vital for conserving biodiversity, without which we will not be able to adapt to climate change. UWEC Work Group will continue to monitor and analyze the impacts of Russia’s military invasion of Ukraine on biodiversity and wildlife conservation.