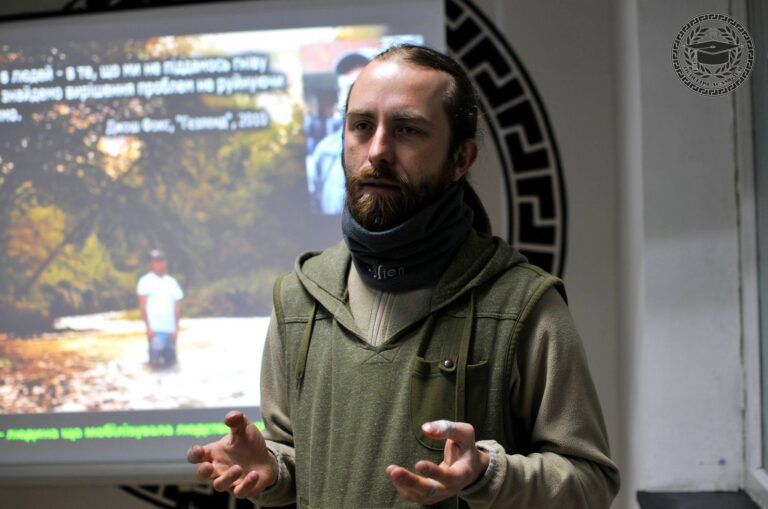 Oleksii Vasyliuk is a Ukrainian environmentalist specializing in protected areas and biodiversity conservation. He graduated from Taras Shevchenko University of Kyiv with a zoology degree. Since 2004, Oleksii has served in the Animal Monitoring and Conservation program at the Institute of Zoology (Ukrainian National Academy of Sciences). He participates actively in the work of several professional community organizations, including past cooperation with the Friends of Nature society at Kyiv University, Ukraine National Environmental Center, and Environment-People-Law. Since 2014, Oleksii has led Ukrainian Nature Conservation Group, a biologist experts organization. He is the author of more than 700 publications related to environmental conservation, largely in popular science. He has also co-authored 20 articles and four books about the environmental impacts of Russia’s invasion of eastern Ukraine and annexation of the Crimean Peninsula in 2014. He has initiated the creation of more than 60 new protected areas in Ukraine. Oleksii is an assistant to deputies of the Supreme Council of Ukraine, defending interests of nature protection. His interests include biodiversity monitoring, protected areas, and the history of environmental conservation.