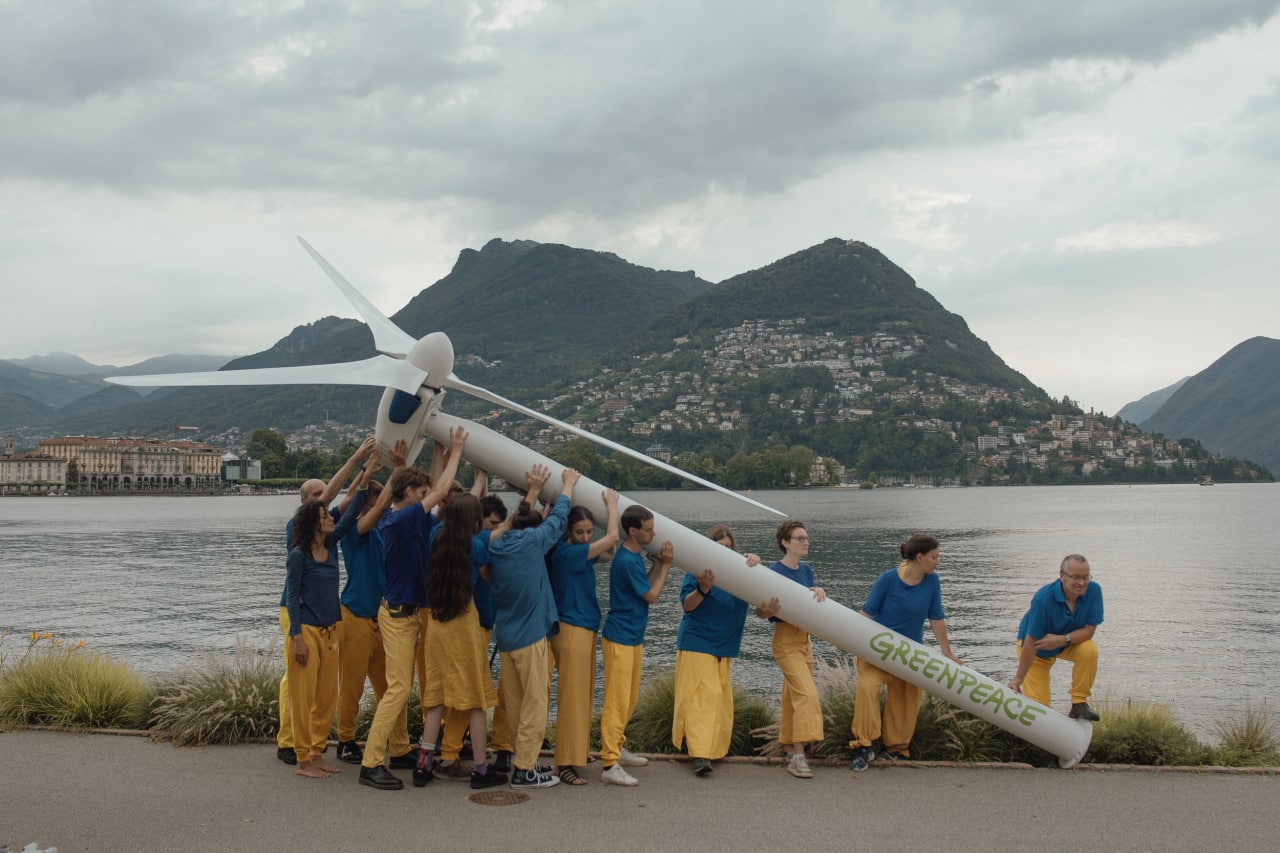 On 4 July, the Ukrainian government presented its Plan for Ukraine’s Reconstruction During and After the War in Lugano, Switzerland at an international conference dedicated to that topic. Leading Ukrainian environmental organizations immediately pointed out the joy of such a large-scale “Green Recovery” was greatly overshadowed by the plan’s anti-environment slant.

The Ukraine’s Recovery Plan was commissioned by the government and seeks to quickly, effectively, and innovatively modernize and rebuild the country following the war. It’s expected that this work will be financed using funding from the European Union and Ukraine’s other foreign partners.

One component of the plan directly relates to Ukraine’s wild areas. Ruslan Strelets, head of Ukraine’s Ministry of Environmental Protection and Natural Resources, presented “priority” areas related to nature conservation, including the creation of:

As a result of the conference, participants issued the Lugano Declaration for the Reconstruction of Ukraine. The document was signed by heads of state and government and ministers and representatives from 42 states, as well as senior officials and Council of Europe representatives, European Bank for Reconstruction and Development, European Commission, European Investment Bank, and the Organization for Economic Cooperation and Development. This declaration refers to “green” projects in the areas of electricity, heat supply, industry, transport, construction, agriculture, and waste.

During the Conference, almost all speakers repeated the need to “build back better” and used the term “green recovery.” However, environmentalists noted that specifics were notably lacking and the critical need to restore a healthy environment and meet the environmental needs of Ukrainian citizens was not mentioned at all.

Ukrainian environmentalists reacted rather critically to the draft plan. Executive director of Ecodia Center for Environmental Initiatives Natalia Gozak observed that, as presented, the National Recovery Plan (allegedly developed by 2,500 experts and civil society organizations) “has nothing to do with the needs of the environment and future generations.”

In particular, environmental experts critiqued plan proposals that were the opposite of environmentally friendly, including plans for:

Experts from the NGO sector also commented that all talk of decarbonization was accompanied by plans for the extraction and use of fossil fuels. Environmentalists bitterly noted the irony that Lugano commitments to reduce greenhouse gas emissions by 65% over 1990 levels (which was the previous for 2030) have already absolutely been exceeded through the destruction of industrial sites. It is ironic that, today, it is thoroughly possible to commit to reducing emissions while simultaneously increasing fossil fuels consumption.

Executive Director of WWF-Ukraine Viktor Bogdan said, “While we welcome the Ministry of Environmental Protection and Natural Resources’ plan to invest in new protected areas and environmentally-friend products, we are disappointed that is not a single mention of the importance of minimizing negative environmental consequences stemming from development projects.”

Natalya Gozak continued along those lines, saying that “The Ukrainian government perceives the Green Recovery as a means to expand nuclear energy and promote fossil-fueled projects (for example, gas exports) targeting hydrogen and bioenergy while remaining silent on their energy origin. We cannot afford to continue our dependence on unsustainable energy solutions. We need to think long-term to ensure the development of Ukraine as a modern economy based on sustainable renewable energy sources and energy efficiency programs.”

The Ukrainian Nature Conservation Group (UNCG) was also quite critical of the Ministry’s environmental priorities for Ukraine’s restoration, calling the conference in Lugano “shameful.”

“To prioritize any of these expensive projects would be a significant misstep. Ukrainian environmental conservation requires other, much more systematic approaches. Moreover, every project proposed by Strelets involves construction, the single most corrupt activity in Ukraine,” UNCG wrote in a press release.

In addition to the Minister of Environmental Protection’s speech, there is extensive information in the public domain (for example, here and here) about specific projects for which Ukraine plans to seek EU funding. UNCG experts argue that some of those initiatives will obviously lead to significant environmental damage.

Below are just a few examples targeted for “priority funding” and specifically designated for the environmental restoration of Ukraine:

Representatives of NGOs point out that these are only a fraction of the anti-environment projects that the Ukrainian government hopes to implement. At the same time, meaningful priority measures for nature conservation are absent.

The June 2022 proposal by the alliance of over 25 Ukrainian and European NGOs called on EU officials to only finance Ukraine’s plan if a number of extremely important conservation reforms are implemented. In their letter, environmentalists direct the European Commission’s attention to attempts by corporate interests in Ukraine to actively weaken environmental regulations during the chaos of war, resulting in damage to Ukrainians, the environment, and the climate.

Proposed alternatives include a new law regulating the timber industry aimed at reducing corruption in timber sales and allocating more funds to protect forests. Illegally felled wood from one of Europe’s last virgin forests in Ukraine’s Carpathian Mountains has already been used to manufacture furniture giant Ikea’s most popular products. A 2018 EU audit of Ukraine’s forestry sector revealed that the State Forest Resources Agency of Ukraine provides its own oversight. At the time of that audit’s public release, the EU called for greater transparency and recommended the creation of a separate independent agency to oversee forest management in order to end conflicts of interest and reduce corruption in the logging sector.

Environmental activists call on the international community to refuse financial support for anti-environmental projects and hope that both Western partners and Ukraine will remain true to the European Green Deal’s principles.