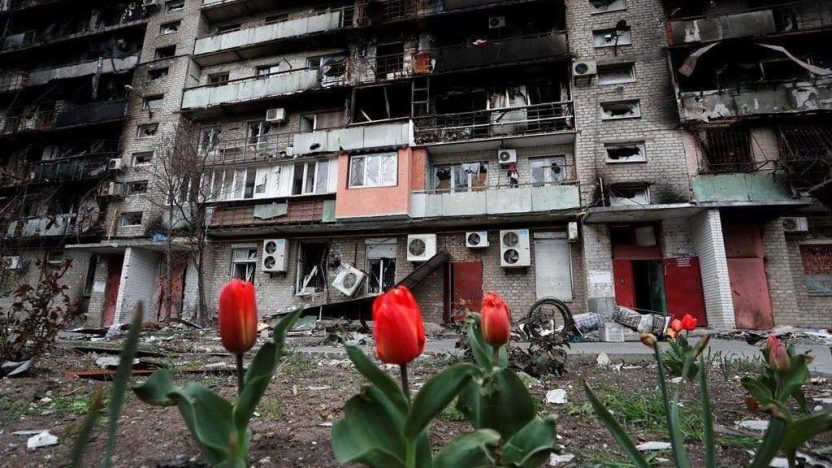 A landmark event for Ukraine happened in June: the country was granted EU candidate status. Apart from the prospects of European integration, this also indicates a certain degree of responsibility, in particular, following the course of green reconstruction. This is a particularly pertinent issue for the country as it fights back against Russia’s military invasion.

Ukraine’s path to European integration has been long and challenging. The Association Agreement was signed back in 2012 and it outlined the main areas of development to be used as indicators for deciding on candidate country status and accession to the EU.

Chapter 6 of the agreement (Articles 360-366) is entirely devoted to environmental issues and defines the ways in which Ukraine and EU countries work together to achieve green development goals. Theseinclude participation in various international programmes, such as the Emerald Network and carbon neutrality projects.

Over the past ten years, green recovery projects have been actively pursued in Ukraine, with particular support and financing by the United Nations. The aim of most initiatives has been to create conditions for a green transition, both in the economy and in governance.

Unfortunately, Ukraine’s green integration coincided with the outbreak of war in 2014. However, since that time the country has demonstrated both an interest and a willingness to develop environmentally friendly sustainable practices. Ukraine has been particularly active in the field of renewable energy, inclusion of environmental areas in international programmes, and raising the environmental awareness of citizens.

These projects have not always been implemented and developed successfully. Some of them, such as the introduction of a green tariff as part of a renewable energy support programme, faced systemic difficulties. Shadowy, corrupt institutions continued to operate in the country, preventing realization of the transition’s full potential.

On the other hand, it has been evident that these changes have a positive affect on society itself. Every year in Ukraine, environmentally oriented initiatives, such as multi-stream waste collection, environmental activism, and civic support for environmental practices (e.g. protecting parks and squares from deforestation) have developed more and more actively. To a large extent, this was due to public associations that actively worked to popularize the green agenda at the community level.

Russia’s invasion into new territories in 2022 has led to an escalation of violence and renewed hostilities. As Oleksiy Vasyliuk noted in an interview with the UWEC Work Group Journal, today, unlike in 2014-2015, it is urban infrastructure that is the first to suffer significant damage. Moreover, the attacks affect cities across all of Ukraine. How they will be rebuilt using which principles is a serious issue that is currently being discussed both at the national and international levels.

Statements by government officials that Ukraine’s recovery will be aligned with the values and standards of the green economy are a positive sign. Prime Minister Denys Shmygal’s statement in May of this year was particularly encouraging. On April 22 the Ukrainian government established the National Council for the Recovery of Ukraine from the Consequences of War.

Green reconstruction has been declared necessary and important by Ukrainian NGOs in a joint statement. In particular, they outlined seven basic principles that the process should follow:

Ukraine’s green reconstruction is also being discussed internationally. On 4-5 July, a conference will be held in Lugano, Switzerland on the issue of national reconstruction, and the green agenda will be included as a topic of discussion.

Given that Ukraine is now on the tragic but fast track to European integration, its ambitious plans for carbon neutrality under the Green Deal also depend on how its infrastructure develops.

President of the European Commission Ursula von der Leyen has already stated that the EU is ready to provide finances and help with projects to rebuild Ukraine. This will be handled by the New European Bauhaus, which the politician called “the heart and soul of the European Green Deal.”

Experts note that green reconstruction will also benefit Ukraine economically. It will bring the country to the forefront in terms of development and adaptation of modern technologies, as well as attract international financial flows. Years of work by non-governmental organizations have also built support for this initiative in civil society, which is already demonstrating its readiness for green transition.

All this leads to the belief that, after a monstrous war, Ukraine will become one of the world’s leaders in green development.