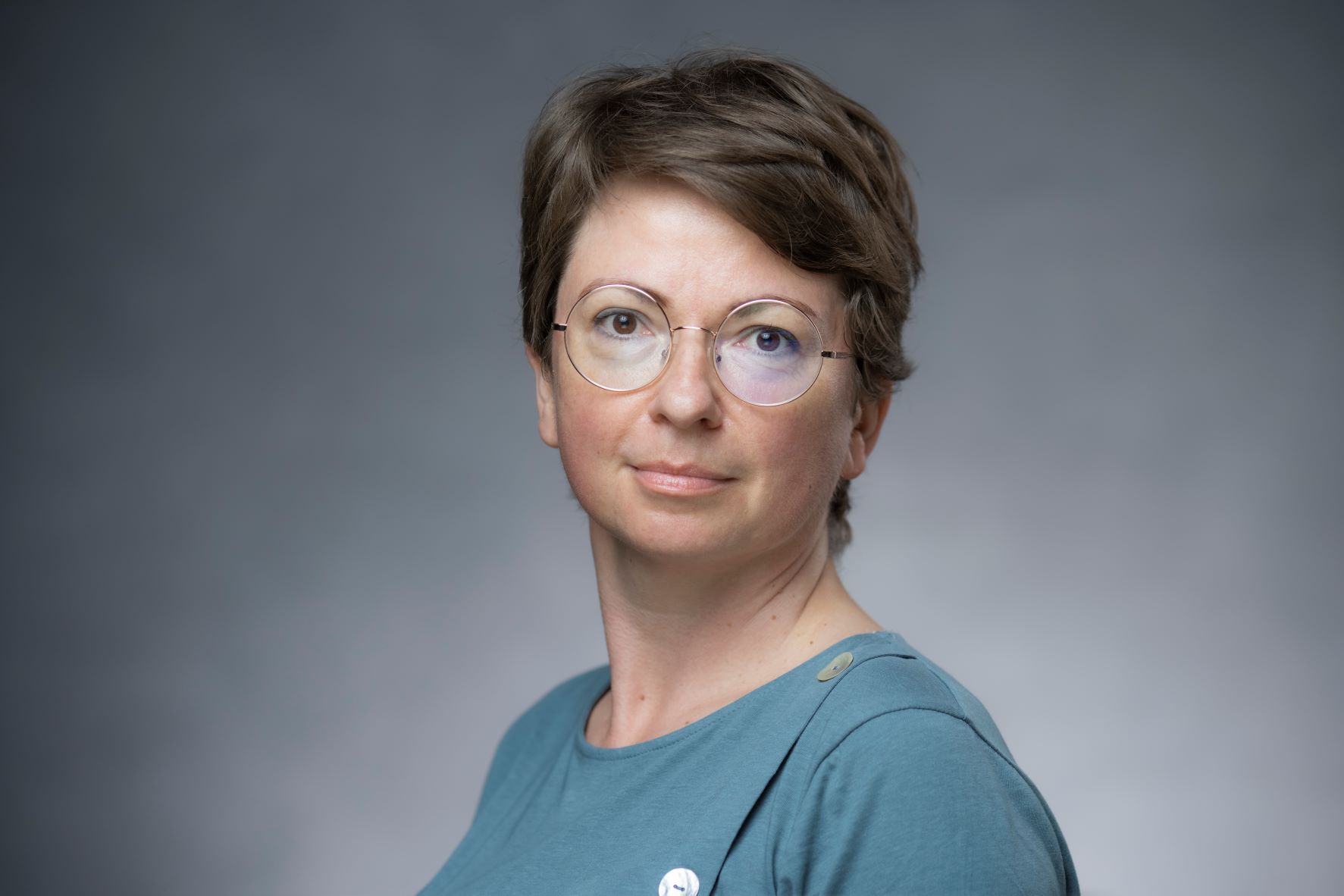 The war in Ukraine poses a number of climate-related questions, many of which countries cannot solve in the short-term. UWEC Work Group spoke with Angelina Davydova, environmental and climate expert, journalist, and co-editor of UWEC Work Group. We discussed current events on the global climate agenda and COP 27 discussions.

How are the war and COP 27 connected?

Another aspect was discussed behind the scenes – the war in Ukraine and its impact on climate. It was not an official topic for negotiations, but it often entered the conversation.

The war’s impact is enormous, although even without it countries will fall short of the Paris Climate Agreement target of limiting global temperature rise to 2°C by the end of the century and further striving to limit the rise to 1.5°C.

A Global Climate Change Analysis (Emissions Gap Report 2022), prepared by the United Nations Environment Program (UNEP) for the conference, states that there is a high probability that the temperature increase will be 2.5-2.8°C.

At the same time, additional greenhouse gas emissions over the first seven months of the war amounted to at least 100 million metric tons of CO2. Authors of the “Climate Damage Caused by Russia’s War in Ukraine” study calculate that this is equivalent to Netherlands’ emissions over the same period.

Davydova said that events in Ukraine significantly affect the climate agenda in Europe and around the world. In the short term, this has reshaped the fossil fuel market and introduced structural changes to the energy sector as a whole. In the long term, however, she emphasized that the strategic goal remains the same: achieve climate neutrality.

– It is said that changes in technology and fundamental ideas occur as a result of wars. For example, the concept of human rights was the foundation of many documents and policies after World War II. Are you seeing a similar change in climate ideas now?

It is too soon to talk about positive trends or technological changes while the war is ongoing, but we can talk about global changes in the climate agenda.

Russian military aggression is largely funded by fossil fuel revenue, a fact that climate activists often mention. It would seem that a war could force many to rethink their thirst for fuel from countries with autocratic and totalitarian regimes, or even fossil fuels in general. After all, only a few nations supply it to the world.

In reality though, countries have begun to act out the “hamster principle”: working to fill storage facilities to the brim, buying oil and gas from any available source. In fact, everyone has been seeking new suppliers. Liquefied natural gas (LNG) terminals and new infrastructure are being built. There is a rush in the fuel market, and we are seeing a rise in prices.

Some countries have restarted coal plants, are considering extending the life of nuclear plants, or are even building new ones. We seem to be moving backward in our thinking.

That covers the short term consequences. In the medium and long term, the hope persists that the war, on the contrary, will advance and support the green transition.

Even the International Energy Agency mentions this in research released shortly before COP 27. Their findings are noteworthy, given that this organization is characterized by its rather conservative views.

– How can the war hasten the development of green energy as well as expanding its scope?

Green energy development continues and sector investments are growing. Geographically speaking, the main areas where we see sector development are the European Union, the United States, and China. We can say renewable energy generation is growing steadily, and the share of renewable sources in electricity production grows. Other important sectors remain – for example, heating and industrial energy needs, a very important issue in the European context as well.

Built many decades earlier, large-scale centralized heating systems in northern cities will struggle to shift rapidly to other energy sources.

The second important sector is the industrial energy sector: everything related to the production of, for example, steel or cement. Which energy sources are best positioned to support future production. Previously and still today, the answer was often natural gas, with hydrogen on the near horizon, primarily “green” hydrogen produced with the aid of renewable energy sources.

The third issue is transportation. Until now, most cars around the world relied on petroleum-based fuels. Today, electric vehicles stand out as an obvious solution. But if we look at large cities, then we must also think about sustainable mobility. Perhaps individual car ownership can be completely unnecessary. In urban environments, priority should be given to efficient and convenient public transport and car-sharing systems, as well as bicycling and pedestrian infrastructure.

– When it comes to support for Ukraine, we are usually talking about Europe and the United States. What do you think about the war’s influence – is it only impacting Europe or is it having a global effect?

I think it is influencing the whole world. During the climate conference in Egypt, some noted decreased political and media attention to the climate issue overall, as well as a reduction in resources for climate financing allocated to countries of the Global South resulting from increased spending on military arms. Many other indirect impacts can be mentioned, and some of them concern, among other things, Africa, where COP 27 took place.

In a region where millions of people still have no access to any energy source at all, a number of international companies pursue natural gas extraction with an eye on its subsequent export to countries of the Global North.

All these plans were sharply criticized by environmental activists at the UN Climate Conference. For example, the Don’t Gas Africa campaign was launched during COP 27. Experts and activists discussed stranded assets: infrastructure that will be used by global companies and other countries for 20-30 years before being abandoned.

The war’s global consequences also link to the world food market. Supplies of grain and fertilizers from Russia, Belarus, and Ukraine have been significantly reduced. Under these conditions, many other countries consider expanding wheat and other crops or fertilizer production.

For example, in the spring, a number of Latin American countries discussed plans for further deforestation in order to increase arable land. Some nations announced plans to increase production of potassium carbonate (potash) for fertilizer production, including in areas belonging to Indigenous Peoples. It is assumed that both new food and new fertilizers will be able to replace the lost supplies from Russia, Belarus, and Ukraine on the world market.

The elephant in the room at the climate negotiations

– Tell me, have the events in Ukraine sufficiently influenced the climate conference’s agenda?

Officially, the war was not on the agenda, but it was indeed unofficially discussed. In my published writing, I called it “the elephant in the room” – something that is not discussed, but is nevertheless present. For the first time in the history of the climate summit, the Ukrainian delegation hosted its own pavilion and held a number of events on the war’s environmental and climate consequences.

The delegation from Russia behaved as if there was no war. Official representatives and companies called for the development of international climate cooperation, avoiding the exclusion of countries from the climate agenda, ending sanctions and technological and trade restrictions impacting low-carbon or green technologies, and ensuring that global markets remain open to Russian metals required for the global energy transition to Russian fertilizers

Such statements provoked criticism from international civil society – Russia received the “Fossil of the Day” award three times during COP 27. In addition, Ukrainian activists launched several actions in opposition to speeches given by official representatives of the Russian Federation.

– Which climate challenges are presently the most changed by the war in Ukraine? Is it greenhouse gas emissions, fossil fuel use, or something else?

I think that this is a combination of the war’s direct and indirect consequences. Direct consequences include localized additional greenhouse gas emissions resulting from military operations, infrastructure destruction, and ecosystem destruction – a topic discussed at length during COP 27. As for indirect impacts – that includes everything we have discussed: changes in the global energy and commodities markets, changes in interest in the topic of climate overall, and climate financing levels.