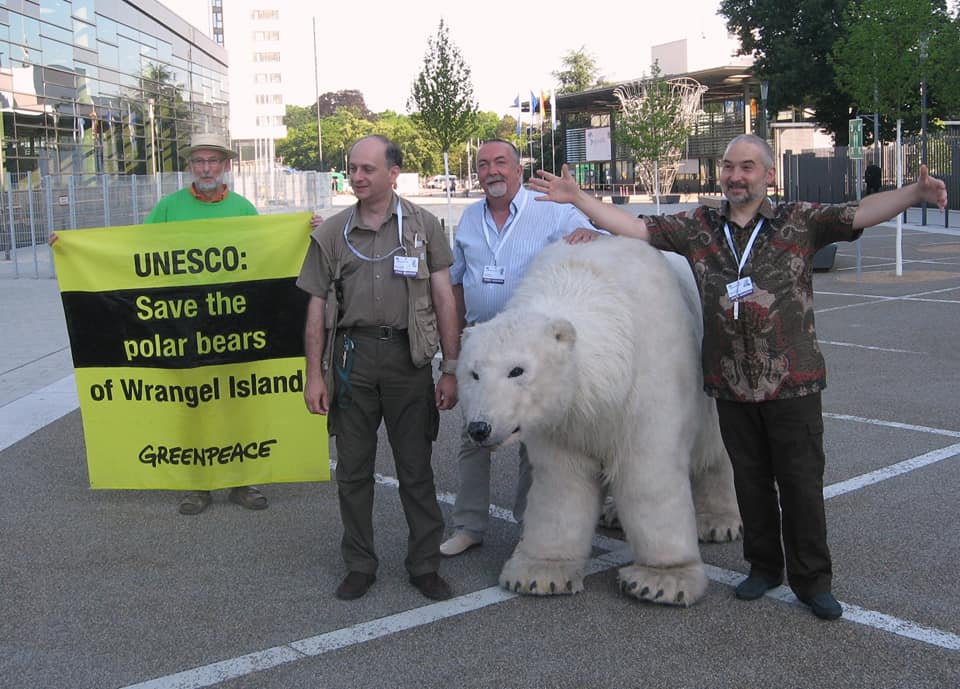 The World Heritage Convention has been experiencing multiple adverse impacts from the ongoing war in Ukraine. Russia was de-facto stripped of its presidency over the World Heritage Committee, when 46 UNESCO members threatened to boycott its 2022 session in Kazan, resulting in its cancellation. Given that war threatens the very values UNESCO represents, it is an understandable decision. On November 24, the Russian Ambassador to UNESCO finally resigned as a Chairman of the World Heritage Committee, thus ending a 9-month impasse. However, this conflict has already resulted in a year-long delay for decision-making crucial to safeguarding several dozen World Heritage properties, the conservation status of which should have been reviewed by the Committee in 2022. For example, UWEC Work Group recently reported about the war’s secondary effects on Lake Baikal, including weakening conservation requirements, increased resource extraction, and domestic tourism development.

Although much international cooperation in the Arctic has been disrupted by the war in Ukraine,  it may seem an irrelevant issue for Russia’s Wrangel Island World Heritage property, located high in the Russian Arctic in Chukotka Autonomous Region and widely known as the world’s largest nursery for young polar bears. Bears and musk oxen there grossly outnumber human residents.

The few humans are employed either at Wrangel Island Strict Nature Reserve or at a small military base built at the abandoned Ushakovskoye settlement in 2014 to underscore Russia’s military presence to its “hostile Arctic neighbors.“ This construction constituted a violation of the World Heritage Convention in that Russia did not submit advance notice to UNESCO of construction accompanied by proof that new activity will not harm the values for which the area was inscribed on the World Heritage List. In 2017, the World Heritage Committee warned Russia of the possible transfer of the Wrangel Island site to the “List of Heritage in Danger,” a move that demanded urgent remedial action. Defending its decision, Russia emphasized that the military facility occupies less than 0.001% of the total area of Wrangel Island Reserve.

In late October 2022, the Russian Ministry of Natural Resources and Environment posted a draft “Ministerial Order on Approval of the Charter of Wrangel Island State Strict Nature Reserve” for public consultation. Among other flaws, it fails to acknowledge the reserve’s World Heritage status and oddly prohibits all logging in this naturally treeless Arctic ecosystem.

The document describes Wrangel Island protections by listing 34 restricted activities and then exempting nine of those development bans “in the interest of national defense and security.” Exempted activities include:

The new charter provides for “land plots designated for defense purposes,” but does not list such  plots or indicate their size and location. For comparison, “land plots for educational visitation/tourism” and some other types of activities are specified.

Given growing political tensions and Russia’s inclination to demonstrate military capability using large scale maneuvers, such freedoms may result in significant harm to critical habitats of endangered wildlife (polar bears, walruses, whales, etc.) unless defense activities are limited to specific areas far from key wildlife habitats. Even in the recent past, coastal passage of boats and especially military aircraft has frightened Arctic marine mammals. For example, on nearby Chukotka Peninsula significant walrus deaths occurred due to stampedes triggered by planes passing overhead. Opening the entire island to such activities may lead to a swift deterioration of the outstanding natural features for which it was inscribed on the World Heritage List.

The Russian chapter of Greenpeace put forward a limited request to develop a finite list of places designated for “defense” in its critique of the draft Charter. Other activists started a petition on social media to protect the “bear nursery.”

The Ministry of Natural Resources and Environment responded to the critique, albeit very broadly: “The islands are intrinsically linked to the glorious history of our army and navy,” and “land plots designated for defense do not overlap with critical habitats of Arctic wildlife.” It can be taken as a sign of progress today that the state agency even responds to conservationists’ arguments, instead of calling on the Ministry of Justice to designate them as “foreign agents.”

There are many politicians and businesses in Russia that eagerly await Greenpeace and other remaining international conservation groups being forced out of Russia as “foreign enemies.” Those same stakeholders should have been very excited when, on November 4, the Wall Street Journal published an opinion piece by Thomas Dans that placed security priorities and political revisionism far higher than nature conservation and sustainable development objectives.

In 2020, former President Trump appointed Dans, an Arctic investor (including in the Russian Arctic) to the United States Arctic Research Commission, and then, to Dans’ disappointment, President Biden removed him from the role in 2021. In his commentary, Dans sympathetically pats Russian ecologists on the shoulder, writing “[they] were no doubt courageous but missed a bigger problem.”

In his opinion, the real pressing issue is that “the island, eight time zones east of Moscow and home to some of Earth’s greatest natural wonders, belongs to the U.S.” Dans is unmoved by the fact that the US signed and ratified a border treaty with USSR/Russia in 1991, leaving the island on the Russian side of the dividing meridian. He mentions unique natural wonders, but the investor in him hints that “Wrangel could be no less valuable, including potentially large quantities of oil, gas and other minerals.”  His main concern is that “the islands are home to a state-of-the-art Russian military base, from which Mr. Putin can threaten American sovereignty”. Ten days later Dans told Newsweek that “The return of American land would be a very productive step….” The Newsweek article also reasons that the Northern Sea Route is becoming a thoroughfare for U.S. exports of liquefied natural gas and Russian control over Wrangel and the De Long Islands may present an obstacle on that trade route.

Due respect for freedom of speech aside, WSJ and Newsweek editors could have calculated some of the immediate consequences prior to publishing this imprudent commentary. The very next day after Dans’ opinion appeared in the WSJ, Russia’s propaganda machine built on Dans’ success in revealing “the real malicious intentions of the US in the Arctic.” As a result, geopolitical rivalry and military threats have now completely overshadowed the original environmental concerns and practical suggestions of how to alleviate them.

Equally, if not more worrying , even conservation-friendly media covering the topic are now discussing a nonexistent causal linkage between the intent of conservation groups questioning the new draft of Wrangel Island Reserve Charter and the alleged desire of the United States to revise its Arctic borders. Dans’ opinion piece single-handedly disabled and endangered the environmental campaign confronting militarization of Wrangel Island and its participants. For instance, Russian State Duma Member Nikolay Nikolayev used this incident to renew his old proposal to list Greenpeace as an “undesirable organization” in Russia. He could soon be joined by Mr. Dans’ partners in the Russian oil and gas sector that will be happy to take revenge over Greenpeace and other “green enemies.”

Some effective conservation work has already fallen victim to these geopolitical tensions. WWF, an international conservation group that has been protecting Arctic wildlife for over 20 years, had to discontinue its cooperation agreement with the Chukotka Autonomous Region government this summer. This happened after the Chukotka legislature and Russia’s United Peoples’ Front in March 2022 publicly accused the conservation group of supporting development of protected areas at the expense of national security and the economic interests of local communities, stating that it  is particularly unacceptable given that WWF funding comes from “enemy countries” supporting Ukraine.

At a more philosophical level this story illustrates the readiness of both Russian and US politicians to sacrifice the natural environment to achieve their geopolitical goals. Despite controlling over half the maritime Arctic and with no shortage of rough terrain for training maneuvers, Putin is prepared to sacrifice Russia’s sole maritime World Heritage site in order to demonstrate Russia’s military capability to the US.

Dans’ perspective is not a completely isolated event. The US Arctic Strategy published in 2022 declares “Security in the Arctic” as the first strategic objective, while “Climate Change and Environment” are shifted to second place, despite a recognition clearly articulated in the same Strategy that the latter is the main challenge facing the Arctic region.

As long as geopolitical priorities place security before the environment, polar bears have no chance of survival on Wrangel Island or elsewhere. Humanity’s own chances are very slim as well.